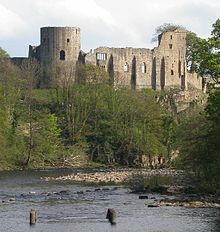 As the UK gradually relaxes restrictions imposed to avoid the spread of the Coronavirus there remains a significant proportion of the population which feels that this is far too much too soon. Those of us who are sitting at home, not going out, but watching the TV reports of people crowding together on beaches or leaping around in close proximity to each other celebrating a football triumph, might be forgiven for wondering if we’re living on a different planet. And for those of us who have additional health reasons (I’ve been living with cancer) for avoiding getting Covid-19, it can seem a doubly scary situation as confused messaging coming from Government, coupled with the Rubicon-crossing moment of the failure to censure the Prime Minister’s principal adviser for breaking lockdown rules, seems to have given many people either the belief that the crisis is over, or perceived sanction to ignore any rules that may be in place. Elements of social distancing remain in the official Government advice, but this is meaningless if sufficient numbers of people are ignoring them enough to make the rest of us feel uncomfortable at the least. And there is extensive experience that large numbers of people are not just ignoring social distancing, they are aggressively breaking it and in the process threatening those who want to observe it. Like me, you may not want to get the virus, you may not want to pass it on to those you are close to, and you may not want to be responsible for spreading it to wider society. It feels increasingly like we don’t have any choice, if we want to leave the confines of our houses. I speak as someone who, since lockdown was originally imposed, has only been leaving the house for medical appointments and to walk two boisterous dogs who do not thrive on inactivity. Even then, I have a number of times encountered people who appear determined to come as close as possible, as well as having to take avoiding action to sidestep large gatherings of people who seem unlikely all to be from the same household.

So how do we deal with this situation? Are we to be faced with a future where part of the population goes about its daily business as before, while everyone else cowers in their houses? This is obviously untenable, particularly as the ending of Government furlough arrangements will mean that more people face no choice other than to leave home to earn a living. I was struck recently listening to an RSA Podcast interview with Audrey Tang, Deputy Prime Minister of Taiwan who ascribed the success of Taiwan’s measures to combat the virus to the fact that the government was careful to persuade people that they were measures worth taking which would be fun and life-enhancing. This got me thinking. There is definitely a mood in British (or maybe more accurately English) society to get back to normal as soon as possible, and this tendency has at least implicit encouragement from Government. But, for those of us who will not be comfortable circulating regularly in society until either the virus is eradicated or a vaccine is widely available, need to be able to counter those who proclaim in public that we are being Government lackeys for wanting to continue to keep our distance.

Could we, therefore, create a social movement for social distancing. Could we make it cool to be a social distancer? Would you be proud to wear a T-shirt saying “I only do it from 2 metres away”? Could we create a market for 6 foot long shepherds’ crooks to be used to keep others at their distance? Could we give those reluctant to leave home the confidence that they can do so safely?

What do you think? Who’s in?

I was diagnosed with cancer in February 2020 see here

There are a small amount of lovely people who have been providing me with some financial assistance to help me get through this situation, which is obviously made worse by the current pandemic. I won’t say who they are because I am not sure they want me to publicise it; but I am extremely grateful.

If you feel like helping me out in any way, please get in touch or you can support me on a regular basis via Patreon or as a one-off here.

Thanks for reading. I hope to see you all again when this is all over.