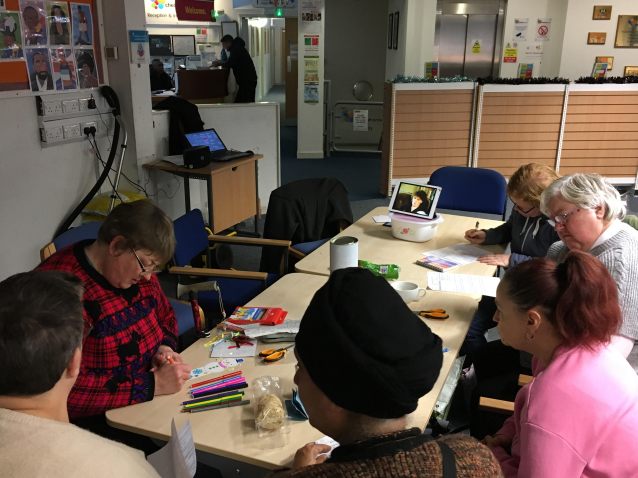 Sorry, this post has been sitting in my drafts folder for a little while. Is it too late in the year to reluctantly add to the myriad of “looking forward to the New Year” articles?

2019 was the first year for a while when I didn’t run some kind of #ConnectedChristmas campaign. After a number of years of attempting to prove that technology can be used to connect socially isolated people together at the time of year when loneliness tends to be highlighted by the media, I decided to give it a rest for at least a year having really struggled to achieve traction with what I was doing in 2018. The activities I ran that year confirmed to me that the people who have remained resistent to new technologies are becoming tougher nuts to crack in their reluctance to engage. It gets harder and harder to find the killer application which will open people’s eyes to what technology can do for them if they have made an active decision to avoid it. Some of these people have had bad experiences of previous attempts to engage them. Others have looked at what their friends and family are doing and have decided it’s not for them. I documented here back in 2012 how some people just don’t want to learn new things, and technology is just one of a long list of things that they are determined to avoid. This has reinforced my belief that we need to step back from seeking to push technology at people, and look at the earlier steps of encouraging a culture of lifelong learning. #FOMO (fear of missing out) is a well-established concept, paticularly among younger people, and on social media, and one of the tactics we can deploy with older people is the sense that their younger friends and family are doing things they are excluded from.

And the other thing that working with older people on new technologies has taught me is that a lot of people exhibit behaviours which prevent them from making friendships. They may be socially isolated, they may even recognise this and want to do something about it; but the way they behave keeps people at arm’s length.

So, 2020 is the year when I want to make a reality of my longterm ambition of creating an independent technology advice service for older people. Over the past 12 years I have seen lots of examples of technology solutions aimed specifically at older people, to varying degrees of success. Most of them have failed to gain sufficient adoption to succeed in the long run. I love working with people who are passionately creating a bespoke service, and I hope to work with many more in the future, but a key issue for me remains how do we get the mainstream technologies that already have widespread adoption to get more traction with older people. In most cases, there are apps and technologies (whether it be Facebook, Facetime, or Netflix), which younger friends and family are using and which older people can join in with given a bit of prompting, coaching, and encouragement. I wrote here about Facebook’s Portal and whether that might be a new, simplified, route to videoconferencing which people uncomfortable with other forms of new technologies might find easier to adopt. But the thing about Portal, is it’s relatively expensive, so the other aspect of what I am seeking to do is to find and test those technologies which can reduce the costs of joining the online world, but which actually work and are straightforward to use. The video below is an example of the kind of thing I am talking about.

Please get in touch if you can help with any of these ambitions.

While you are here, can I please ask you to take a minute to subscribe to my YouTube Channel here

If you would like to support me to do more of my work in using Digital Storytelling, social media, and video for social good, please consider making a regular contribution via Patreon or perhaps, just buy me a coffee here.