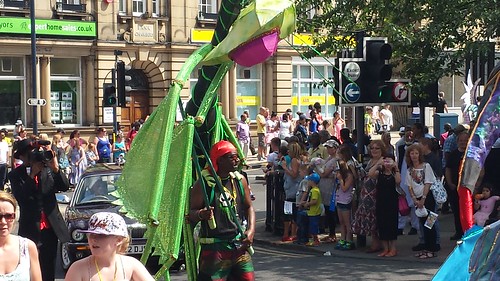 Merry Christmas. Just in case I don’t see you here again before the big day.

This is a vision. It won’t be popular with a lot of people. And even more will see it as impractical. But, nothing ventured, nothing gained…

I was an early adopter of Cable TV. In the early days of Cable TV in the UK we were promised community-oriented, local programming. It never materialised.

When Jeremy Hunt was Culture Secretary he proposed and funded local TV stations in a number of cities around the country. This would have been a great idea 15 years earlier when Cable TV was in its infancy in the UK. By the time it was introduced the internet, YouTube and cheap live streaming had happened. Jeremy Hunt’s local TV stations still exist, in large part, but they are hidebound by being tied to traditional production methods and expensive studio operations. This makes no sense at all in the second decade of the 21st Century. And those “local” TV stations cover the footprint of TV transmitters, which bear no relation to actual communities. They are far too big. Nobody relates to them.

In this decade there are a large number of people who make a living, some a very good living indeed, out of making YouTube videos. These tend to be “lifestyle”-oriented videos, largely aimed at young people.

My vision is of local, and I mean really local, internet-based “TV” operations using a mix of live and recorded video to keep people in touch with, and active in, their local communities. And these operations will be on the internet, using smartphones and cheap cameras to make their videos. As far as possible, they will encourage and train community members to produce and disseminate their own video content. 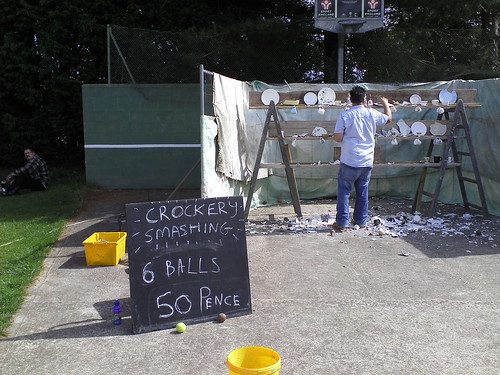 I firmly believe that TV is one of the scourges of our age; encouraging people to be inactive, passive consumers of content, products, ideas and world views. For those who have fully embraced the world wide web it is truly an antidote to this, encouraging us to be more proactive, questioning, seeking out information, and creating content. And yes, I still believe this, despite the publicity about whether we all live in our own self-reinforcing social media bubble and about fake news. Making the video content people watch online, engaging, interactive, and relevant to their everyday lives could be transformative. I saw how people’s attention can be grabbed by material which is direct interest to them and their communities when I ran a Digital Christmas Party in Urmston.

This is a big ambition. But all good ideas start from a small base. Who wants to help me make it happen? Please get in touch.

I’m just back from two great days in East Suffolk delivering digital inclusion sessions in Lowestoft and Felixstowe. These sessions were a pilot for East Suffolk Councils to find out what works before they roll out a wider digital inclusion programme for residents in the districts. I met some lovely people, and, as always I was learning perhaps as much as they were.

As you probably know now, I have a particular approach to digital inclusion which is based on the following principles:

One thing of particular note which came out of this for me was that a number of people present at the sessions reported that they had had their introduction to new technologies soured by classroom training approaches that tried to teach them content irrelevant to their lives at a pace that left them behind. They found this experience intimidating, confusing, and boring. And it had taken them some time to re-find their interest. The feedback I had from my sessions suggested that they had now turned that corner and were on the road to making digital part of their lives. I think all of us who believe that digital inclusion is vital to people’s health and wellbeing need to raise our voices against all the wasted resources that go into classroom approaches. I am seeing increasing evidence not only that they don’t work, but that they are actually counter-productive.

My time in Suffolk further confirmed to me that the individual nature of each person’s reasons for digital exclusion means that individualised approaches are necessary, and that these approaches need to be patient and long-term. There is no quick fix. We have to remember that digital inclusion work of one kind or another has been going on for 15 years or more. Those who are still not on board are the most resistant, and probably have the most complex issues around why they are not online. These factors have to be unpacked and addressed, sometimes one-at-a-time. And one of the key components of this approach is that people have to be encouraged to love digital enough to want to keep at it, using digital devices and getting fluent with them. I have seen that it is very easy for people to slip back into exclusion if they don’t keep practicing. And they won’t keep practicing if they don’t like what they are doing.

Some of the other interesting issues which emerged from these sessions included:

All these issues means that we have to stop trying to push people through systems designed around numbers of outputs, listen to their needs, wants and fears, and address them patiently and sympathetically.