It’s now just over a week since I completed my first two week stint as Internet Station Manager on Nominet Trust‘s Our Digital Planet Exhibition. We were in Bristol for this session. Lloyd Davis will be taking the show on to Cardiff this week, before I take the helm again for Liverpool and Glasgow.

It’s been a really interesting two weeks, and has been especially useful in giving me some additional insight into the barriers faced by digitally excluded people. As I’ve documented before, a fair few of the people who came into the station, but by no means all, were looking to take their first plunges into the internet, but many had also been some way along the journey but had encountered a problem that prevented them from taking their interest further. A key theme that emerged for me, however, is that technology is very often not the problem.

In case you don’t know what I mean by that. There are still a lot of people who don’t think digital exclusion is an issue at all. Even during Our Digital Planet’s time in Bristol, a woman came into the Station, curious about what we were doing. After she was told, she opined loudly that “there is no one who has never used the internet”. No amount of argument could convince her otherwise, and she left questioning our sanity for suggesting such a thing. Many others think that the issue is technology related; that people cannot get access to, or are frightened of using technology. And, yes, these factors are definitely part of the landscape, but they are a long way from the whole story. A few of the digital newcomers we met didn’t have internet access or a computer at home, but a lot did, and they were being used by other members of the family, and they wanted to join in. In my view, the technology issues can (given the resources) be relatively easy to deal with. Providing people can afford it, or there are subsidised options available, they can be given access to the technology. The real killer issues from my point of view are attitude and literacy. I’ll return to those later.

So, those who fall into the category of the digitally terrified or ignorant came in and made a few tentative steps along their road to digital inclusion. There were some who had never used a computer, and a common problem here was not being able to make the link between what what they were doing with a mouse and what was happening on the computer screen. There was one lady who said “oh, it involves typing does it? I couldn’t do that”. And there was another lady who, having never used a computer, asked to see my iPad and could not grasp at all what it might be used for. She wouldn’t believe a device of that nature could have anything to do with computing.

And then there were those whose route along the digital path had been halted by some obstacle or other. A common thread among many of these kinds of people was low levels of literacy. I have always thought that people underestimate literacy as in issue in digital inclusion; but, just as many hide the fact that they struggle with reading and writing, it is, in my experience, a key reason why they shy away from using computers and the internet. It takes quite a high degree of literacy to use the internet, and we came across people for whom one of the big problems with progressing on the internet is their inability to spell what they are looking for. You might also be surprised what a big obstacle internet search is to some. The man who told us he was struggling to find information on days out in Bath because “google is useless” was a prime example. It turned out he was searching using the one-word term “Bath”. Several of our visitors were surprised to learn that it is possible to enter more than one word in an internet search box, and it was clear that they had little clue how to narrow searches to give them more chance of finding what they wanted.

And, then there was Ron. I’ve blogged about Ron before here. At the age of 84, Ron went from being an internet sceptic to a total convert. Even after the visits chronicled in that original blog post, Ron came back again, several times. We ended up creating a Flickr site for him, here, which he will, hopefully use in the future to showcase his paintings to the world. On the last day in Bristol, Ron returned for his final visit, during which we spent time looking for images of the farm that he worked on at the age of 13-and-a-half during the Second World War. Almost immediately after we’d bid Ron an emotional farewell, during which he expressed a firm intention to visit the exhibition when it relocated to Cardiff, another visitor came in asking what we were doing. When I explained, he said “Well, I’m 84, of what possible use could this be for me”. So, I explained that we had just had an 84 yr-old in who had been exploring his workplace of 70 years ago. His reply went “… why would I be interested in where I used to work. My life’s nearly over; I’m done with all that”. 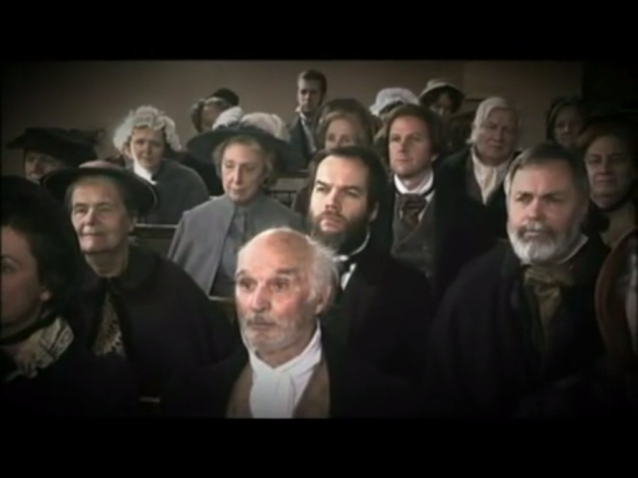 That exchange summed up for me one of the real challenges we face in digital inclusion. What Ron displayed, that the second gentleman didn’t, was an openness of mind, a willingness to learn new things, and seek new challenges. Our final visitor displayed a closed mind. I don’t think that age is necessarily a factor here, Ron certainly doesn’t feel he is too old to learn things, he is rushing through life, plainly determined to suck every last ounce of knowledge and enjoyment out of it. I think there may be some people for whom, not only is their mind not sufficiently open to accept the internet is something they need to know about, but who find the internet a scary concept because there is so much knowledge there that will assail their closed minds, and some of it might actually seep in.

So, I want to bang the drum, stand on a hill top, and shout to anyone who will listen. The barriers to digital inclusion are not primarily technological. We must address those twin barriers of attitude and literacy.